I love Nette Framework's dependency injection solution. I really do. This post is here to share this passion, explaining why I think it is the best DI solution in today's PHP ecosystem. 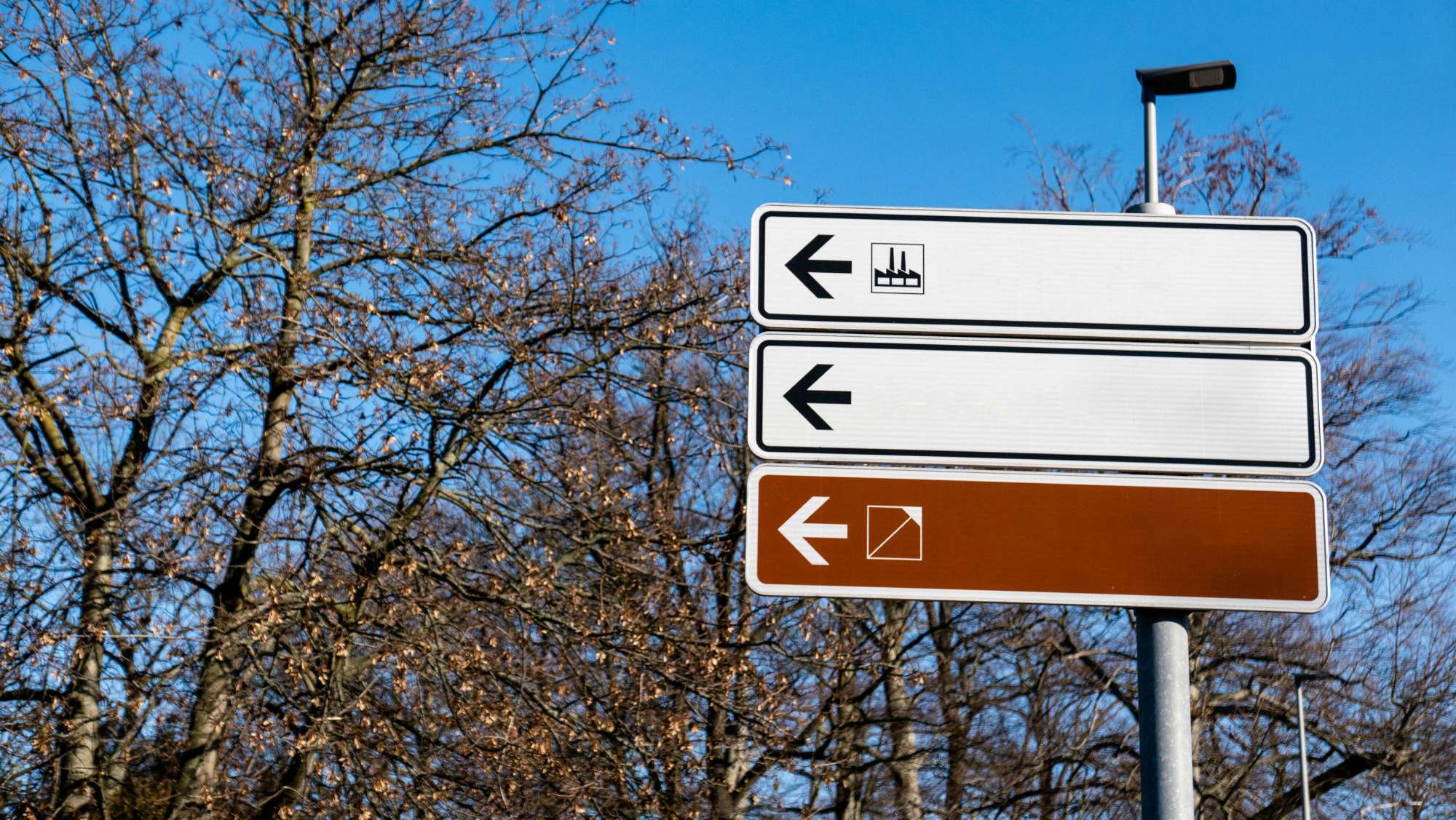 (This post has originally been published on the author's blog.)

Software development is an endless iterative process of abstraction. We find appropriate abstractions of the real world in domain modeling. In object-oriented programming, we use abstractions to describe and enforce contracts between various actors within the system. We introduce new classes into the system to encapsulate responsibilities and define their boundaries, and then use composition to build the whole system.

I'm talking about the urge to extract the authentication logic from the following controller:

Let's take the obvious way out of this and extract the condition into an Authenticator class:

This naive way will work. But only until a more robust authentication is implemented, requiring the authenticator to query a database table of users. The Authenticator suddenly has a dependency of its own, say a UserRepository, which in turn depends on a Connection instance, which is dependent on the parameters of the specific environment. That escalated quickly!

Creating instances by hand everywhere is not a sustainable way of managing dependencies. That's why we have the dependency injection pattern, which allows the controller to merely declare its dependency on an Authenticator, and let it be someone else's problem to actually provide an instance. And that someone else is called a dependeny injection container.

Dependency injection container is the application's supreme architect — it knows how to resolve dependencies of any service within the system and is responsible for creating them. DI containers are so common nowadays that pretty much every major web framework has its own container implementation, and there are even stand-alone packages dedicated to dependency injection, such as PHP-DI.

The abundance of options has eventually motivated a group of developers to seek an abstraction to make them interoperable. The common interface has been polished over time and eventually proposed to PHP-FIG in the following form:

This interface illustrates one very important attribute of DI containers: they are like fire. They are a good servant but can easily become a bad master. They are tremendously useful as long as you know how to use them, but if you use them incorrectly, they burn you. Consider the following container:

So far so good. The implementation seems good by the standard we've set: it does indeed know how to create every service in the application, recursively resolving its dependencies. Everything is managed in a single place, and the container even accepts parameters, so that the database connection is easily configurable. Nice!

But now, seeing the only two methods of the ContainerInterface, you might be tempted to use the container like this:

Congratulations, you've just burnt your peppers. In other words, the container has become the bad master. Why is that?

First, you're relying on an arbitrary service identifier: 'authenticator'. Dependency injection is all about being transparent about one's dependencies, and using an artificial identifier goes straight against that notion: it makes the code silently depend on the definition of the container. If you ever happen to rename the service in the container, you have to find this reference and update it.

And what's worse, that dependency is hidden: at first glance from the outside, the controller only depends on an abstraction of a container. But as a developer, you must have the knowledge of how services are named in the container, and that a service called authenticator is, in fact, an instance of Authenticator. Your new colleague has to learn all that. Unnecessarily.

Luckily, we can resort to a much more natural identifier: the service type. After all, that's all you care about as a developer. You don't need to know what random string is associated to the service in the container. I believe this code is much easier to both write and read:

Unfortunately, we haven't tamed the flames yet. Not a tiny bit. The larger issue is that you're demeaning the container into the role of a service locator, which is a huge anti-pattern. It's like bringing someone the whole fridge so that they can fetch a single snack from it — it's much more reasonable to get them just the snack.

And by the way, the controller still depends on the container's definition, and does so in a pretty bad way. If the authenticator service doesn't exist in the container, the code doesn't fail until in the action() method, which is a pretty late feedback.

To be fair, nobody can really blame you for getting into this dead end. After all, you've just followed the interface designed and proven by clever developers. The thing is that all dependency injection containers are by definition service locators too, and it turns out the pattern is really the only common interface among them. But that doesn't mean you should use them as service locators. In fact, the PSR itself warns about that.

This is how you can use a DI container as a good servant:

The controller declares the dependency explicitly, clearly, transparently in the constructor. The dependencies are no longer hidden scattered around the class. They are also enforced: the container is not able to create an instance of SignInController without providing the necessary Authenticator. If there is no authenticator in the container, the execution fails early, not in the action() method. Testing this class has become so much easier too, because you only have to mock the authenticator service without any container boilerplate.

And there is one last tiny, but very important detail: we have sneaked in the information about the service's type. The fact that it is an instance of Authenticator — previously implied and unknown to the IDE, static analysis tools, or even a developer unaware of the container definition — is now statically carved into the promoted parameter's typehint.

The only step that's left is to teach the container how to create the controller as well:

You might notice that the container still internally uses the service locator approach. But that's okay, as long as it is contained (pun intended). The only place outside of the container where calling the get method is acceptable, is in the index.php, in the application's entrypoint where you need to create the container itself and then fetch and run the application:

But let's not stop there, allow me to take the statement further: the only place where calling the get method is acceptable, is in the entrypoint.

The code of the container is just wiring, it's assembly instructions. It's not executive code. It's not important, in a way. While yes, it is crucial to the application, that's only from the developer's perspective. It doesn't really bring any direct value to the user, and should be treated with that in mind.

Take a look at the container again:

This only covers a very small and simple segment of the application. As the application grows, hand-writing the container gets incredibly tedious. As I've said before, the container is just assembly manual — but it's an overly complicated one, with many pages, countless cross-references and lots of small-print warnings. We want to turn it into an IKEA-style manual, graphic, concise, and with illustrations of people smiling when they lay the ÅUTHENTICATÖR onto the carpet during assembly so that it doesn't break.

This is where Nette Framework comes into play.

Nette Framework's DI solution utilizes Neon, a configuration file format similar to YAML, but on steroids. This is how you would define the same container, using Neon configuration:

Let me point out two noteworthy things: first, the list of services is truly a list, not a hash map — there are no keys, no artificial service identifiers. There is no authenticator, and neither is Authenticator::class. Second, you don't need to explicitly list any dependencies anywhere, apart from the database connection parameters.

That's because Nette Framework relies on autowiring. Remember how, thanks to dependency injection, we have been able to express the type of the dependency in a native typehint? The DI container uses that information, so that when you require an instance of Authenticator, it entirely bypasses any names and finds the right service solely by its type.

You might argue that autowiring is not a unique feature. And you'd be right. What makes Nette Framework's container unique is the utilization of PHP's type system, whereas in many other frameworks, autowiring is still built upon service names internally. There are scenarios where other containers fall short. This is how you'd define the authenticator service in Symfony's DI container using YAML:

But soon, business requirements change, and you need to support authentication through LDAP in addition to a local database lookup. As the first step, you turn the Authenticator class into an interface and extract the original implementation into a LocalAuthenticator class:

Suddenly, Symfony is clueless. That's because Symfony works with service names instead of types. The controller still correctly relies on the abstraction and lists the Authenticator interface as its dependency, but there is no service named Authenticator in the container. You need to give Symfony a hint, for example using a service name alias:

Nette Framework, on the other hand, doesn't need service names or hints. It doesn't force you to duplicate in configuration the information that is already expressed in code (via the implements clause). It sits right on top of PHP's type system. It knows that LocalAuthenticator is of type Authenticator, and as long as it is the only service that implements the interface, it happily autowires it where the interface is requested, given just this line of configuration:

I admit that if you're not familiar with autowiring, it might feel a bit magical and you might need some time to learn to trust it. Fortunately, it works transparently and deterministically: when the container cannot unambiguously resolve dependencies, it throws a compile-time exception that helps you fix the situation. That way, you can have two different implementations and still be in good control of where each of them is used.

As a whole, autowiring puts less cognitive load on you as a developer. After all, you only care about types and abstractions, so why should a DI container force you to also care about implementations and service identifiers? More importantly, why should you even care about some container in the first place? In the spirit of dependency injection, you want to be able to just declare the dependencies and be it somebody else's problem to provide them. You want to fully focus on the application code and forget about the wiring. And Nette Framework's DI allows you to do that.

In my eyes, this makes Nette Framework's DI solution the best one out there in the PHP world. It gives you a container that is reliable and enforces good architectural patterns, but at the same time is so easy to configure and maintain that you don't have to think about it at all.

I hope this post has managed to pique your curiosity. Be sure to check out the Github repository and the docs — hopefully, you'll learn that I've only shown you the tip of the iceberg and that the whole package is far more powerful.

A new smaller release is out. And since there are no posts on the blog about the patches from 2.3.1 to 2.3.5, I will address them in this post too. Let's move from the past to the present.

Nette Schema is the youngest addition to the Nette family. The library was originally created for the needs of Nette DI, ie to validate and normalize the input configuration files and to inform about possible errors.

PhpGenerator has learned all the language features of PHP 8. Let's see how you can start using them right away.