How time went with nette.org 🕒

Web Nette celebrates eleven years since its inception. The site has undergone tumultuous development. Remind how it looked over the years and what has changed.

The site has always been a very important part of the framework. Not only because of the documentation but also because of its inseparable part, which is a forum where since the beginning further development was actively discussed, users were advised and informed about news, and event Posobota was planned.

When looking at the home page, you can see that the web has gradually changed from a vivid playful color with a dominant blue to a completely different form. This is mainly due to a different view of PHP frameworks, while ten years ago the framework was a monolith, today we are talking more about individual components. 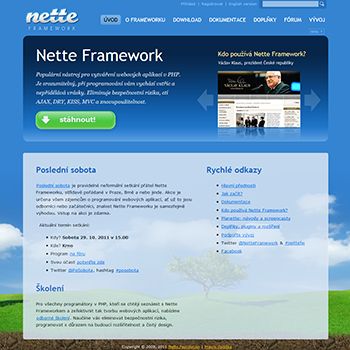 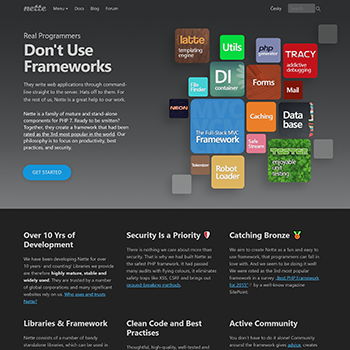 That is why the key parts of Nette, such as Latte, Tracy, Tester, etc., already have their own homepages. 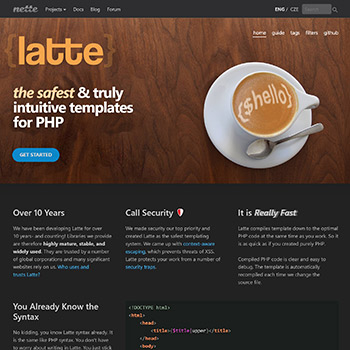 It is perhaps surprising that the forum is still powered by reliable PunBB software from 2005, which, after some minor modifications, works on the current PHP 7.4. Of course, many of its parts are modified, the site is fully responsive, posts are converted to HTML via Texy, passwords are hashed using a safe algorithm, each post can be liked or disliked, etc. Since 2014, the forum allowed us to answers by voting as well as on Stack Overflow, but this feature has not worked well, so we turned it off a year later. 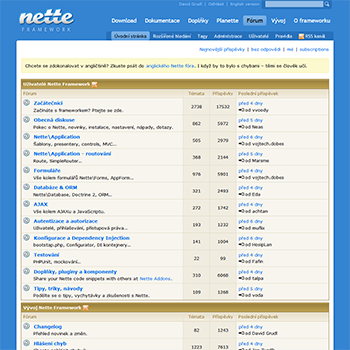 The forum has existed in the English and Czech versions since the beginning and urged every Czech to use the English variant, even if he is not entirely sure of his English, and it is nice that many users have actually did it.

What only witnesses know today, the whole site was originally built as a wiki. This means that each user could edit the content of all pages directly on the site. Improve documentation, fix bugs, create additional pages. With GitHub's arrival, this functionality moved to Git and the content of the entire site was consolidated. At the same time, we have fully synchronized the content of the English and Czech versions and so we have maintained it until now. The two language versions of the website are fully identical. 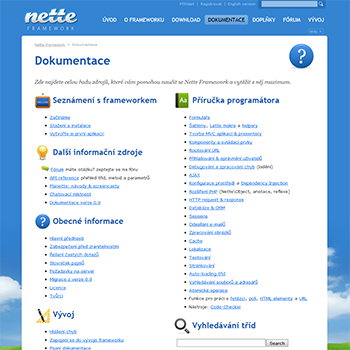 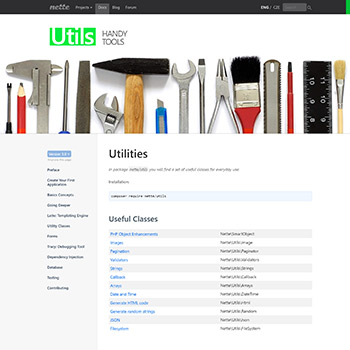 A new feature of this year's facelift is the addition of a left panel with the entire contents of the documentation.

The blog saw the light of day in 2010, but it has always competed with many other sources and this year it becomes the primary source of information. So remember its address. Along with this, it has undergone the greatest graphics enhancements.

The blog was originally purely English, now there are also translations of some articles into Czech. 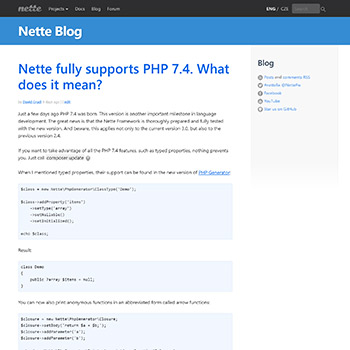 Finally, a pearl for witnesses. The predecessor of the current Componette or Addons Portal was a wiki page with a manually maintained addons list. This is how it looked in 2010: 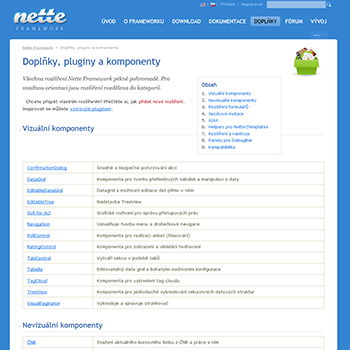